So, what is the use of a guitar capo?

Here’s the summary of the topics covered in the article below, just in case you’re too busy right now! When you get time just pop back and take a look in more detail!

The use of a guitar capo is to change the pitch of open strings but shortening the open length of the guitar strings in relation to the open chord shapes. This can be useful in all sorts of instances including:

Let’s start with the basics of what a guitar capo is.

If we head back a few centuries, the term capo, like lots of music terms, comes from the Italian language. In Italian, the word capo translates as the “head of the fingerboard”. This may give you a clue as to what it’s function is, don’t worry I’ll now explain the significance of this translation.

What is the fingerboard?

Let’s start an easy one, what is the fingerboard? Plain and simple, this is the part of the guitar where your fingers sit on/push the strings against; the piece where the strings hover over and the frets are located (sometimes referred to as the “fretboard”).

Struggling to keep up?

If you want more general guidance and explanation on some of these basic guitar elements, go visit a page from the Fret Success Academy – Introduction to the Guitar Course I’ve devoted this course to cover the basic topics you need to learn at the start of your playing. Visit here to get learning: https://fretsuccess.com/what-are-the-parts-of-a-guitar/. All you need to do is sign up to the Free Fret Success Academy and you can get lifetime access today!

How is it used?

That’s all well and good Dan but how does that help me use a guitar capo? Well, imagine that you want an easy way to shift this nut location/start point/head of the fingerboard of the active string region to a higher pitch. If so, then you need a guitar capo!

The image below helps you visualise how the capo changes the active string region. 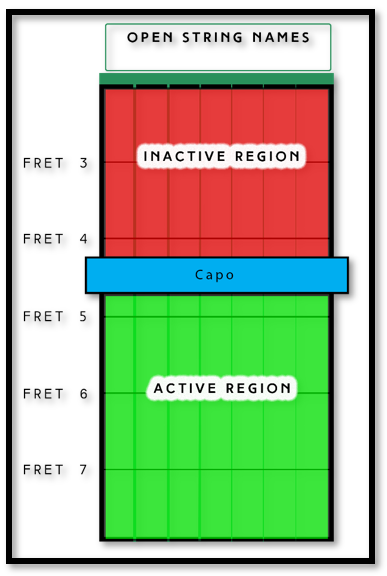 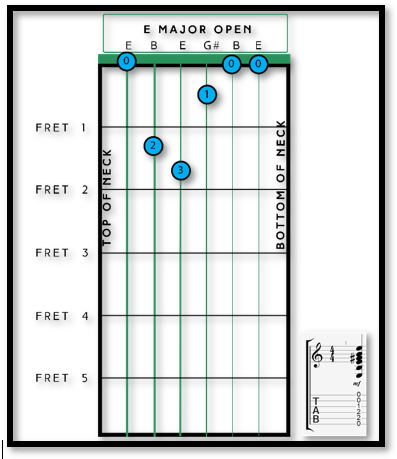 For example, if we want to move our chords up by 3 semitones then we would place the capo on the 3rd fret of the guitar to correctly shift the open strings to the desired relative tuning. If we form an E Major Open Chord shape in this position (after the capo) it will now sound like a G Major Barre Chord on the 3rd Fret. 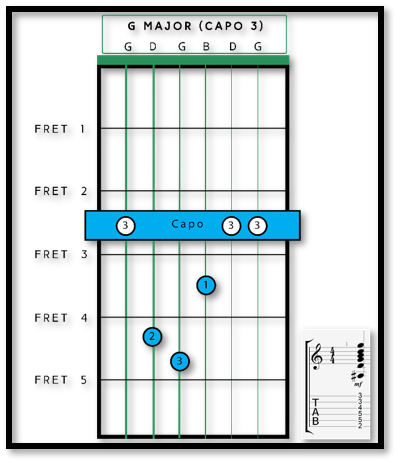 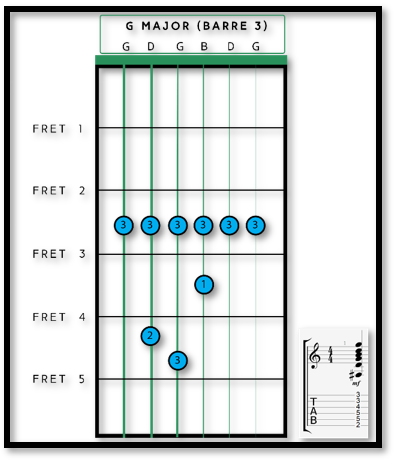 If you think of a barre chord and notice that they can all be placed on any location on the fingerboard (moving up or down the neck) to get a different pitch of chord. Just incase you don’t, let’s recap that now…You can visualise this effect using barre chords, as a different way to get your head around this concept.

How does this relate to chords that I know?

So, if you move the A Major Barre chord (5th fret version) up the neck (towards the pickups) one fret then you get A# Major or Bb Major; depending on your outlook on life. If you notice your barre finger (the one spanning all strings) is acting like a false nut location and the rest of your fingers are forming an E Major Open chord shape.

This should remind you of how a capo works. Have a play around with these and see if you can grasp the nice relationship between the capo and the barre chord method.

Why use a capo?

Well a capo can be used for a couple of different reasons including: 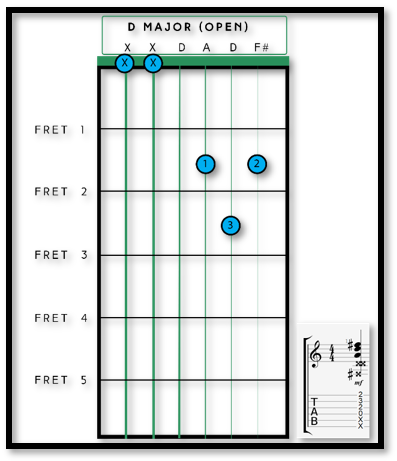 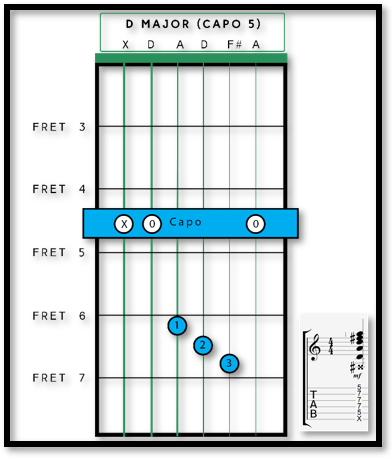 As always just fire any questions to learn@fretsuccess.com.I hope that this helps you understand more about what the guitar capo is used for.